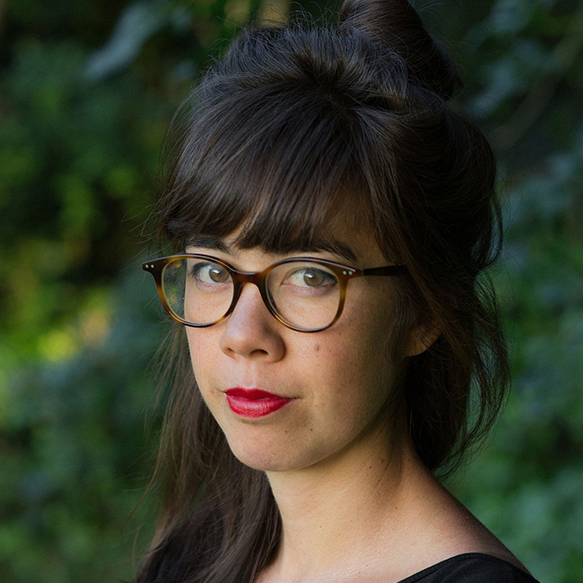 jennyodell.com
@the_jennitaur
@jennitaur
Jenny Odell is a multi-disciplinary artist and writer based in Oakland, California. Her work generally involves acts of close observation, whether it's birdwatching, collecting screen shots, or trying to parse bizarre forms of e-commerce. In one of her favorite projects, she created The Bureau of Suspended Objects, a searchable online archive of 200 objects salvaged from the San Francisco dump, each with photographs and painstaking research into its material, corporate, and manufacturing histories. She is compelled by the ways in which attention (or lack thereof) leads to consequential shifts in perception at the level of the everyday.

Her writing has appeared in the New York Times, The Believer, The Paris Review, McSweeney's, SFMOMA's Open Space, The Creative Independent, and Sierra Magazine. Her book, How to Do Nothing: Resisting the Attention Economy, was recently published by Melville House.

Panel
Panel: For The Birds

A conversation between Jenny Odell and Walter Kitundu about how nature informs their practice, moderated by Jer Thorp.

This talk will take you on a tour through Silicon Valley via a creek -- one that passes by data centers, the Apple headquarters, a dead mall, the neighborhood where I grew up, and the former grounds of a 19th century health resort. Along the way, I hope to make a broader argument for context, by foregrounding the ecological and cultural placefulness of a valley that exports placelessness.