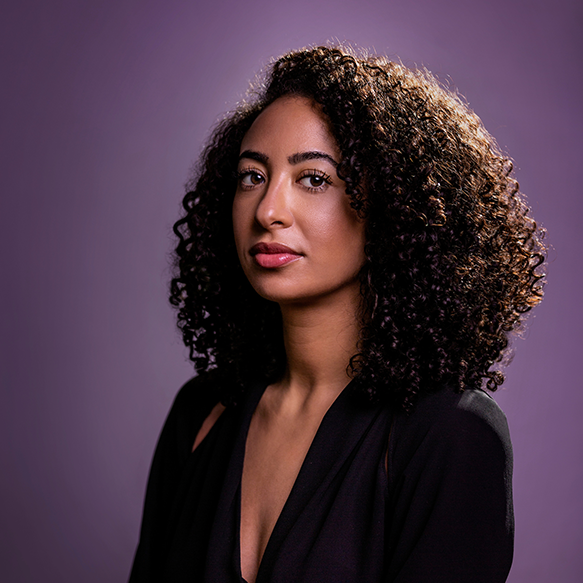 elayat.com
scatter.nyc
@yelayat
@yelayat
Yasmin Elayat is an Emmy-award winning immersive director whose work pushes the boundaries of immersive narrative and participatory experiences. Yasmin is Co-Founder & Chief Innovation Officer at Scatter, where she heads Creative R&D and innovation initiatives. Scatter is recognized for pioneering the emerging language of Volumetric Filmmaking through its original volumetric film productions and it's AR/VR creativity tools. Scatter’s first product Depthkit is the most widely used toolkit for accessible volumetric video capture.

Yasmin directed the Emmy award-winning Zero Days VR (Sundance 2017) a documentary about cyber warfare and the Stuxnet virus. Yasmin co-directed Blackout (Tribeca 2017) an immersive documentary inviting New Yorkers to share their stories in their own voice. She is the co-creator of 18DaysInEgypt, an interactive documentary about the Egyptian Revolution that was lauded as one the Moments of Innovation in Participatory Documentary. Latest project is the Changing Same trilogy, a magical-realist, afro-futurist virtual reality film which explores the cyclical history of racial injustice in America. Changing Same is a co-production between RADA Studio and Scatter. Episode 1 premiered at Sundance 2021 and won “Best Immersive Narrative” at Tribeca Festival.

Yasmin is an artist, immersive Director and co-Founder at Scatter, inventors of volumetric filmmaking and creators of Depthkit. Art driven innovation, through story making and tool building, has been at the core of Scatter’s approach to defining the volumetric landscape. In this talk, Yasmin will share Scatter’s award-winning work and their unique, hybrid approach to defining the medium through their VR productions, building emerging creative tools and co-imagining with the community.