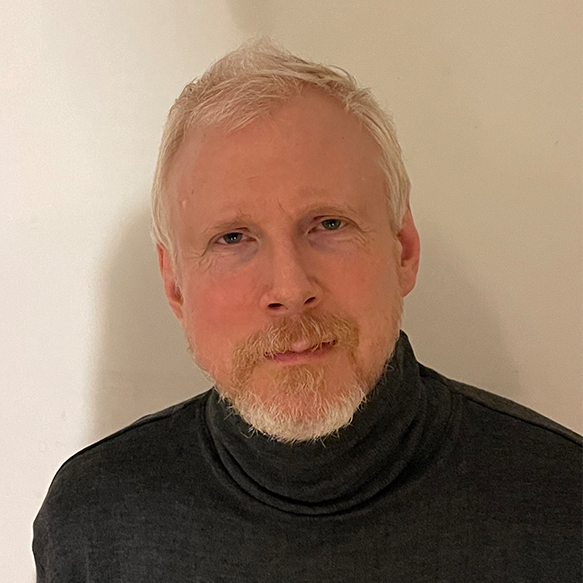 danielbrowns.com
@dbtwr
@danielbrownimages
Daniel Brown is a creative-technologist, working in the fields of generative and interactive design and art. With a background in programming and user experience design, Daniel combines this with traditional aesthetics-focused creative direction, creating apps, websites & installations for luxury brands and public and private artworks. Daniel is Head of Interaction at SHOWstudio.com

Since 1999, Daniel has been chosen by Internet Business Magazine as one of the top 10 web designers; was one of Creative Review's 'Stars of the New Millennium'; and more recently featured in The Barbican’s touring Digital Revolutions exhibition (2014) and The New York Cooper Hewitt Design Triennial (2016). His work for Nick Knight can be seen on Apple's 'Thirty Years of Mac' documentary / commercials.

He has been acknowledged as a pioneer in the new media field - his experimental works are now archived in the San Francisco Museum of Modern Art, Denver Art Museum and London's Victoria and Albert Museum. He was chosen as London Design Museum's Designer of the Year in 2004 and since then selected for The Observer's '80 people who will define the next 10 years', Design Week's Hottest 50 Designers and invited to Buckingham Palace to honor the contribution of design to the British economy and culture.

In a public role Daniel is a regular speaker, including giving a series of lectures at The Royal Society for the Arts on topics including: The use of design skills to empower the disabled; The role of mathematics & programming in design, art & education and Generative design, fashion and branding.

Session
Travelling by Numbers, Neuromancer and The Sprawl

In May 2003 I sustained a life-changing injury which prevented me from travelling for almost twenty years (... in case you're wondering why I've never attended Eyeo!). It also demanded profound life reinvention, which was as much of a challenge as a mind-expanding opportunity.

A few years later, whilst carrying out online research for a project inspired by geometric design and architecture, I became disheartened knowing it was likely that I would never be able to visit the Alhambra, Petra and other mesmerizingly beautiful historic sites I saw on my computer screen.

So I decided that if I couldn’t travel the world, I would create my own instead.

“Travelling by Numbers” – a project that started out as a personal journey – took me to imaginary buildings, landscapes and sprawling cityscapes and led to a commission to design the cover images for the republication of four of William Gibson’s best-selling books including the cyberpunk classic ‘Neuromancer’.