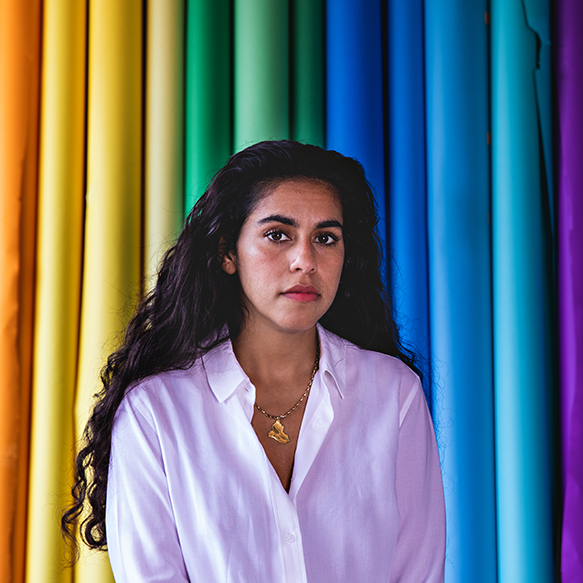 monachalabi.com
@MonaChalabi
@MonaChalabi
Mona Chalabi is a journalist who really loves numbers. She translates spreadsheets into all kinds of things including data drawings that depict everything from immigrant detention to balding patterns. They’ve been commended by the Royal Statistical Society and exhibited by the Design Museum, House of Illustration, Tate and others.

She is the Data Editor at Large at The Guardian. She was executive producer and host of Strange Bird and before that, had a regular slot on US National Public Radio. Mona is one half of the team that created the Emmy-nominated video series Vagina Dispatches. And her TV work has included Netflix (The Fix), the BBC (Is Britain Racist?), National Geographic (Star Talk) as well as Channel 4 and VICE.

She didn’t start out in journalism though. Her first roles were all about analyzing large data sets at the Bank of England, then Transparency International and the International Organization for Migration.

Session
What harm are we doing?