hhi.harvard.edu/research/signal
@nattyray11
Nathaniel Raymond is the founding Director of the Signal Program on Human Security and Technology at the Harvard Humanitarian Initiative (HHI) of the Harvard Chan School of Public Health. He has over fifteen years of experience as a humanitarian aid worker and human rights investigator, including as director of the campaign against torture at Physicians for Human Rights. Raymond was formerly director of operations for the George Clooney-founded Satellite Sentinel Project (SSP) at HHI.

Raymond served in multiple roles with Oxfam America and Oxfam International, including in Afghanistan, Sri Lanka, Ethiopia, and elsewhere. He has published multiple popular and peer-reviewed articles on human rights, humanitarian issues, and technology in publications including the Georgetown Journal of International Affairs, the Lancet, the Annals of Internal Medicine, and many others.

Raymond served in 2015 as a consultant on early warning to the UN Mission in South Sudan and as a technical consultant to Home Box Office on detainee abuse during the Bush Administration. He was a 2010 Rockwood National Security and Human Rights Reform Fellow, and a 2013 PopTech Social Innovation Fellow. Raymond and his Signal Program colleagues received the 2012 U.S. Geospatial Intelligence Foundation Industry Intelligence Achievement Award. 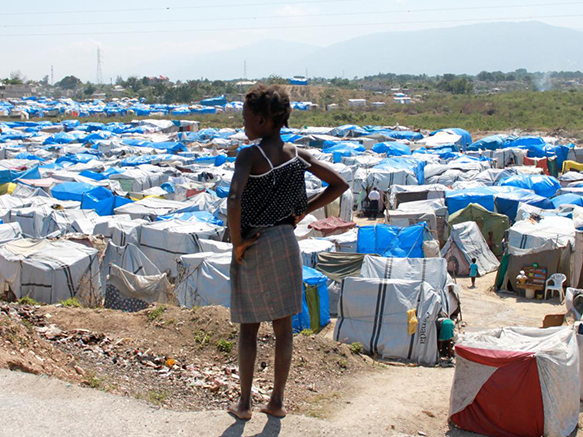 This talk will cover the myriad ways that attempts to use big data to help people can make natural disasters and armed conflicts worse. Drawing on my real world experience deploying data and tech for humanitarian and human rights purposes, I will explain what can go wrong and how we might prevent these big data disasters in the future.

We'll address what "disaster apps" are and are they a good thing? What is data deluge and digital invisibility? What is the difference between DII and PII and ABI, and why should I care? How can satellite imagery help us see things better in an emergency and how can it make us blind?