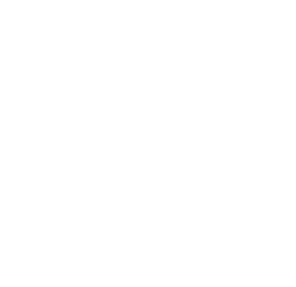 Brian is an artist whose work explores the interdependent rhythms of the body, technology, and the environment. His background in both computer science and noise rock informs his research-based practice. Recent interests include AI, telegraphy, and urban rats.
brianhouse.net

Ariel makes “massively multiplayer science”, creating unusual collaborations that infuse serendipity into science and space exploration. Ariel is the founder of  Spacehack.org, a directory of ways for anyone to participate in space exploration, and the global director of  Science Hack Day, a grassroots endeavor to prototype things with science that is now in over 25 countries
arielwaldman.com

Stefanie is a freelance designer focused on data-related design, with work ranging from data visualization and information design to commissioned data art for a variety of clients. Her personal work focuses on non-traditional representations of data derived from language, literature, or scientific topics, often using a hand-crafted approach.
stefanieposavec.com
dear-data.com

Giorgia sees beauty in data. An award winning information designer, she challenges the impersonality of data, designing engaging visual narratives that re-connect numbers to what they stand for: stories, people, ideas. Her work frequently crosses the divide between digital, print, and handcrafted representations of information: primarily, she draws with data.
giorgialupi.com
dear-data.com

David is a Research Scientist at Google Brain. His research interests include Recurrent Neural Networks, Creative AI, and Evolutionary Computing. Prior to joining Google, He worked at Goldman Sachs as a Managing Director, where he co-ran the fixed-income trading business in Japan. He obtained undergraduate and graduate degrees in Engineering Science and Applied Math from the University of Toronto.
blog.otoro.net

Rebecca is a Senior Lecturer in Computing at Goldsmiths, University of London, where she works with the Embodied AudioVisual Interaction group, developing new technologies to enable new forms of human expression, creativity, and embodied interaction.
doc.gold.ac.uk/~mas01rf/
wekinator.org

Hannah’s practice is centered in AI, particularly through data sonification, natural language processing, and generative music. For a few years now she’s been working on an algorithm called TransProse , which identifies emotions in a piece of text and translates it into a musical piece with a similar undertone.
hannahishere.com
musicfromtext.com

Gilberto is a Mexican visual artist whose works explore the interaction and impact of human technology with our environment through electronics, robotics and biotechnology. His practice employs recycling consumer technology and biotechnology experiments.
plantasnomadas.com

Andy is an artist, designer and musician who turns math into art, creating hypnotizing and kaleidescopic patterns that are heavily influenced by patterns he encounters in nature as well as music. You’ll find his work in The NY Times, Wired, and Wallpaper*, and on releases by Warp Records and Ghostly International.
agilmore.com

Jane is an interdisciplinary creative researcher and an independent game developer, intent on blurring the lines between as many media and genres as she can. Her work focuses on how we can explore and push the affordances of a given medium--new or old, digital or analog--to create new, unusual, and surprising relationships between people.
janefriedhoff.com


John is a journalist, tinkerer and coder who works at Quartz as a developer in the Quartz Bot Studio and product manager of Quartz's breakthrough apps. Before moving to Quartz, he was Senior Editor for Data News at public radio station WNYC, leading a team of journalists who specialize in data reporting, coding and design for visualizations and investigations.
johnkeefe.net
bots.qz.com

Teju is a writer, art historian, and photographer. He is the Distinguished Writer in Residence at Bard College and photography critic of the New York Times Magazine. He was born in the US in 1975 to Nigerian parents, and raised in Nigeria. He is the author of four books. His most recent book, Blind Spot (June 2017), is a genre-crossing work of photography and texts.
tejucole.com

Meredith is the executive director and co-founder of the AI Now Institute , which produces interdisciplinary research on the social implications of artificial intelligence and acts as a hub for the emerging field focused on these issues. She is a Distinguished Research Scientist at New York University, and the founder of Google's Open Research group.
ainowinstitute.org

Matt is a lead artist at Blast Theory, a pioneering artist group creating interactive art to explore social and political questions, placing audience members at the center of work. Since 1991, he’s been using interactive media to create groundbreaking new forms of performance and interactive art.
blasttheory.co.uk

Founded by Bret Victor, Dynamicland is a non-profit long-term research group inventing a new computational medium where people work together with real objects in the real world, not alone with virtual objects on screens. They’re building a community workspace where the entire building is the computer.
dynamicland.org

Shannon writes and teaches about maps, libraries, information infrastructures, urban intelligence, and mediated cities. She’s an Associate Professor of Media Studies at The New School, and author Code and Clay, Data and Dirt and Deep Mapping the Media City.
wordsinspace.net

Blacki is graphics editor at The New York Times, where he develops data-driven stories and interactive visualizations. Prior to this he worked at Bloomberg both in their R&D department and as a data journalist at Bloomberg News. Much of the reporting he has done over the years has been at the intersection of climate science, economic policy and politics.
brooklyn.bio

Everest Pipkin is a drawing and language artist from Bee Caves, Texas, whose work follows landscape as complicated by the advent of digital space. They produce printed material as books, chapbooks, and zines, as well as digital work in software, bots, and games. They also make drawings by hand, on paper.
everest-pipkin.com

Neil’s an artist whose work uses digital and mechanical technologies to bring inanimate objects and spaces to life. Using this medium, he explores the absurd, the humorous, the futile and the surreal.
neilmendoza.com

Amanda is editor of The Upshot , The New York Times’s section created in 2014 to present news, analysis and graphics about politics, policy and everyday life. She's a recognized authority on data visualization and infographics. Friends, she is legend.
nytimes.com/section/upshot

Janelle's neural network blog, AIweirdness.com, features algorithms that try to invent human things like recipes, paint colors, and Halloween costumes. Their struggles illustrate what artificial intelligence is good at - and where it has a lot to learn.
aiweirdness.com

Hyphen-Labs is an international team of women of color working at the intersection of technology, art, science, and the future. Through their global vision and unique perspectives they are driven to create meaningful and engaging ways to explore emotional, human-centered and speculative design. In the process they challenge conventions and stimulate conversations, placing collective needs and experiences at the center of evolving narratives.
hyphen-labs.com

Nathaniel is the founding Director of the Signal Program on Human Security and Technology at the Harvard Humanitarian Initiative. He has over fifteen years of experience as a humanitarian aid worker and human rights investigator, including as director of the campaign against torture at Physicians for Human Rights.
hhi.harvard.edu/research/signal

Casey is an artist whose conceptual, procedural and minimal art works explore ideas through the contemporary lens of software. His work has been exhibited in prestigious venues around the world. Recently he's been making music videos for The National. In 2001 he co-created Processing, an open source programming language.
reas.com
caesuras.net

Lindsay’s work is focused on uses of interactive media and games to explore cultural standards– from social impact games to purpose driven games for education, news, and rhetoric. He currently leads the Game Lab at American University where he’s an associate professor. He’s also part of the leadership of JoLT, which explores the intersection of journalism and game design.
professorgrace.com
american.edu/gamelab/

Kate is the chief of National Digital Initiatives at the Library of Congress, where she leads a new group focused on digital innovation and expanding the use of the digital collections.
labs.loc.gov

James' work hangs out at the intersection of drawing, animation and code. Over the past few years he’s finally gotten a chance to experiment with building his own tools from scratch like Norman: an open source VR animation sketchbook which runs in the browser.
presstube.com
normanvr.com

Manoush is a podcast host, author, and relentless examiner of the modern human condition. As host of Note to Self, the podcast from WNYC Studios, she unpacks the forces shaping our accelerating world and guides listeners through its challenges. Her recent book, Bored and Brilliant: How Spacing Out Can Unlock Your Most Productive and Creative Self, empowers the reader to transform their digital anxiety into self-knowledge, autonomy, and action.
manoushz.com
wnyc.org/shows/notetoself

Sean is the Chief R&D Officer at Mozilla. He's a tech executive, entrepreneur, inventor, and musician who has spent his career leading innovative development of the experiences, systems, and technologies that enable creative expression, connect us to each other, and enhance our understanding of the world around us.
mozilla.org/about/

Reuben was raised in Berkeley, California.  A love of math and physics propelled him to Harvard, where he changed paths and got a degree in English.  He then went on to study traditional painting in Italy and Russia.  In 1999 he became obsessed with the movement of a little green caterpillar, and set out to make wave-like sculptures.
reubenmargolin.com
instagram.com/reubenmargolin/

AnnMarie is the founder and director of the Playful Learning Lab at the University of St. Thomas. She's the creator of Squishy Circuits, a method for using homemade dough to sculpt electrical circuits. She authored "Making Makers: Kids, Tools, and the Future of Innovation." Recently, the lab has started a collaborated with musical group OK Go to create engaging, fun-filled STEAM-focused videos for use in K-12 classrooms.
annmarie-thomas.com
playfullearninglab.org