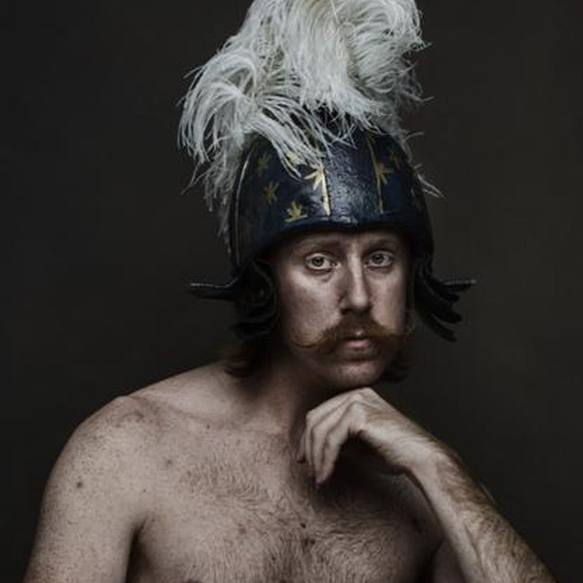 flyingzumwalt.com
@flyingzumwalt
Matt Zumwalt is not a monk, though he seriously considered it. Instead of taking a monastic path, he has spent decades threading together disparate activities such as Buddhist philosophical study, meditation retreat, making queer performance art, founding small companies, crafting open source software and building empowered communities of practice.

Drawing on a BA in Comparative Religion from University of Washington, an MSc in Human Computer Interaction from University of York, and 3 years of life at Kagyu Thubten Chöling Monastery in New York, his 15-year career has been driven by a wish to make workplaces more compassionate, a fascination with the ways people arrange information, a curiosity about the role of data curation in the information economy, and a deep concern that people’s ability to possess and own their data is constantly being eroded. He's helped many libraries and archives create software to curate their digital collections and in 2016 he joined Protocol Labs, creators of IPFS and libp2p, to advocate for decentralization of the web. This unexpectedly put him near the center of the storm of blockchain enthusiasm that roared through 2017. Matt now focuses his energies on meditation retreat, contributing to community-based work in Philadelphia, and creating opportunities for people to participate in meditation retreats.

Matt tells the story of his 15 year journey through the tech industry which began with departure from a Buddhist monastery in 2004 and concluded with return to contemplative life in 2016. He shares a bit of optimism based on lessons he learned by setting aside plans for a 3-year meditation retreat, starting an open source software company, striving to achieve positive impact through good design and ethical leadership, and eventually concluding that the ancient tools of meditation and mind training are the most important technology to deploy in the face of today’s global challenges.