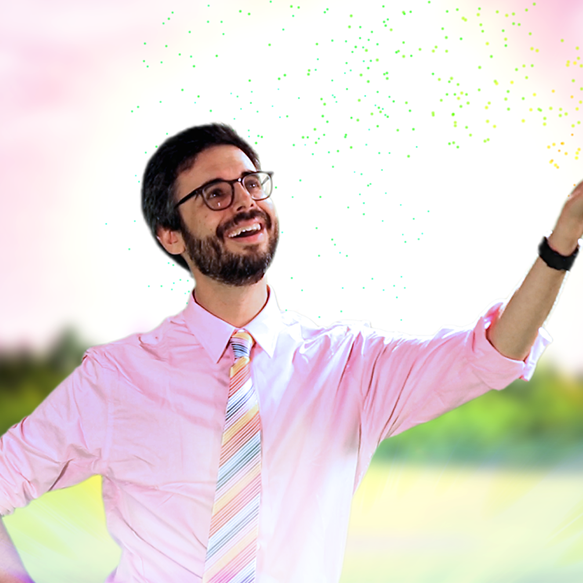 shiffman.net
youtube.com/user/shiffman
@shiffman
Daniel Shiffman works as an Associate Arts Professor at the Interactive Telecommunications Program at NYU’s Tisch School of the Arts. He's on a mission to share code with the world. (In a fun, approachable way.) On his youtube channel, The Coding Train, he publishes "creative coding" video tutorials every week. Subjects covered range from the basics of programming languages like JavaScript (with p5.js) and Java (with Processing) to generative algorithms like physics simulation, computer vision, and data visualization.

Originally from Baltimore, Daniel received a BA in Mathematics and Philosophy from Yale University and a Master’s Degree from the ITP. He is a director of The Processing Foundation and develops tutorials, examples, and libraries for Processing and p5.js. He is the author of Learning Processing: A Beginner’s Guide to Programming Images, Animation, and Interaction and The Nature of Code (self-published via Kickstarter), an open source book about simulating natural phenomenon in Processing. He can be found talking incessantly on the YouTube about programming.

No slides. No script. In this talk, Dan will attempt to live code an interactive simulation using a variety of creative coding tools including p5.js, ml5.js, and Runway. The simulation will be trained to respond to audience interaction using a machine learning technique known as "transfer learning." If everything breaks, he'll have his book of Random Numbers with him for a dramatic reading.